Epoxy Block, a good Protection in the 80's, not so good today!

Brian sent me two epoxy blocks from two Dodge City boards. Merit covered the CPU, a PAL and an 2816 eeprom inside an epoxy block. Mainly for protection reasons!
I have already seen this kind of protection quiet a lot of times on different gambling pcb's. Video Klein for example used this on basically every board they made.

The Merit games have some code inside the 2816 eeprom, so a dump of it is needed to get the games running! MAME has already three different revisions of Dodge City included, but all are missing the 2816 dump, so none of it is playable!

remove the epoxy to get to the chips, now!


So it was possible to brake this protection for two games within 60 minutes. The good thing, it looks like these two blocks are from different revisions of Dodge City, so hopefully two revisions can now get playable!

decapping is a Fun World #4

I got a donated FunWorld pcb yesterday. The board is basically in bad shape, but at least i got good reads from all eproms!
As the board is not working correctly, i looked threw the dumps to hopefully get at least the GameTitle...which i didn't find inside. But, i found something much more interesting inside one eprom! 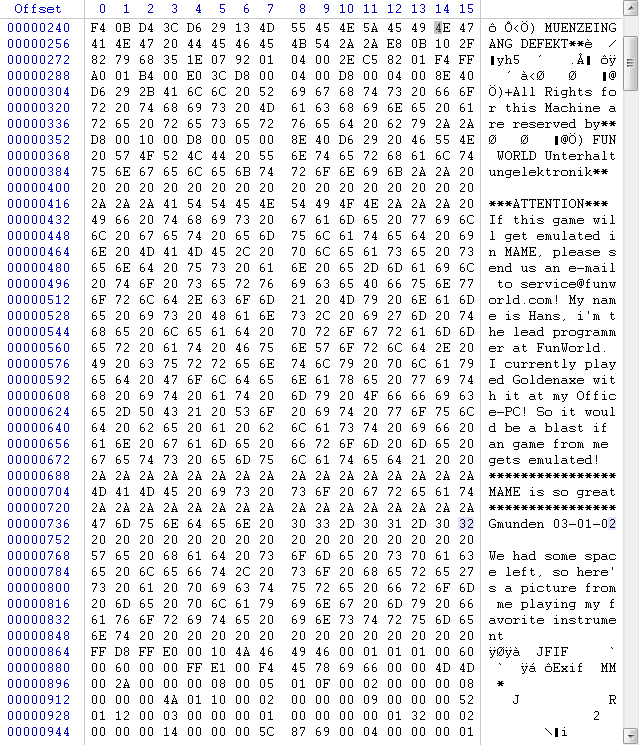 After reading this i used some tools to scan the binary file for images and sounds.
I got this 15kb Image as a result: 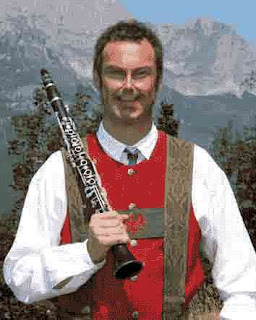 After some research, i found infos about a guy called Hans Scherz, who worked for more than 15 years at FunWorld, but sadly no actual informations about him and how to contact him...


EDIT: 02.04.2017
1st APRIL is over....most of you already knew it...this was a Joke! It never gave an eprom with this text inside and the photo is a  picture from the net, a little bit photoshoped!
Btw. great job KITSUNE SNIPER for finding the original picture!!
Posted by TeamEurope at 4:04:00 PM 1 comment: