three months ago, i dumped the bios of PROF. WEISS-ALLES

after i dumped it, i found this youtube-video

the interesting thing, on the youtube-video the Copyright on the titlescreen shows 1989, while the console i dumped shows 1988 on the title-screen. so we knew that another revision of the console exist. this was also written into the source of MESS,so nobody forgets it.

i always thought about this, the last three months and how hard it will be to get the other revision..as most sellers only show the console itself on auctions, but no titlescreen of the running system...

now to the interesting part of this article.
i didn't write the complete story about the yesterdays dump. as i wrote i bought "Game Wizard" cheap on ebay. which is true, but it also included a complete "prof. weiss-alles" console and a second cartridge. today i just checked this console, if it's working...and guess what...it worked! it even showed "1989" on the titlescreen!

ten minutes later i had dumped the bios...runs perfectly in MESS... 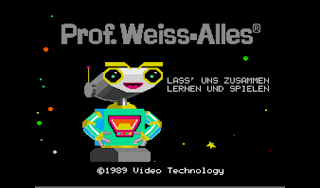 after that, i was interested what was changed in this revision. i didn't see any visual differences between the two dumped german roms, while running in MESS.
if you compare the two rom files, it shows up about 5000 differences...so they didn't just change the copyright year...it has to be more. maybe someone will find out later.

here's a shot of the internal pcb: 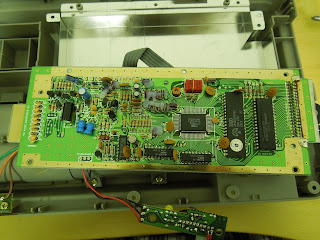 should get included to MESS soon...
Posted by TeamEurope at 9:09:00 PM No comments:

today i have something very special...it's maybe the last game which got ever produced for the SOCRATES/PROF. WEISS-ALLES console.

the cartridge is called "GAME WIZARD" / "MAGISCHE SPIELE" and got released in 1990 by V-Tech/YENO. even the wikipedia-page shows "Game Wizard" was delayed for over a year and was eventually canceled."

i got it really cheap from ebay, also the german manual was included. which will get scanned in the next couple of days. 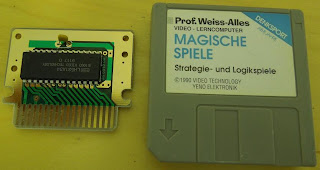 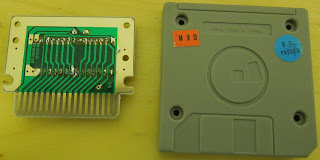 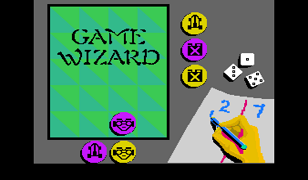 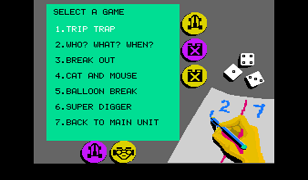 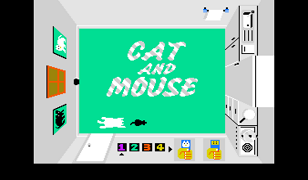 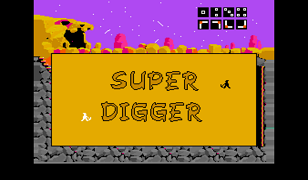 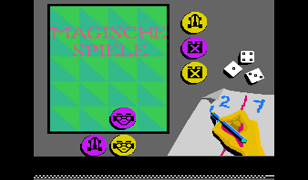 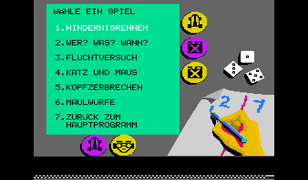 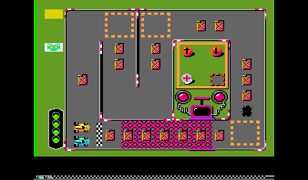 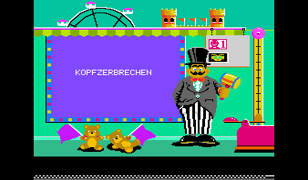 as you can see, it fits perfectly in the current MESS driver! so it will get added soon.

today i dumped my "Gedächtnis-Training" cartridge for the "Prof. Weiss-Alles" console.

as expected it was completely the same as the already existing dump of "Memory Mania (Rev B)"...personally i don't think that a "REV B" exists of this game... my cartridge looks like a standard-cartridge...no stickers or "B"s anywhere on the cartridge or PCB.
on my QC-Sticker is a litte "T12" handwritten, so i think it's just the initials of the guy who checked the cartridge...

as long as there's no real proof that another revision of this game exist, the words "REV B" should get removed from the MESS-Softwarelist...my opinion.

and here are some shots of the games running... 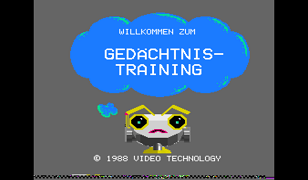 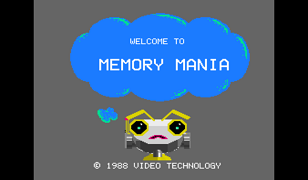 btw. shouldn't the games, as they are Multi-Language (German & English), also get the "German" Name included into the Software-List?

today i dumped one of my cartridges from my "Prof. Weiss-Alles" console. 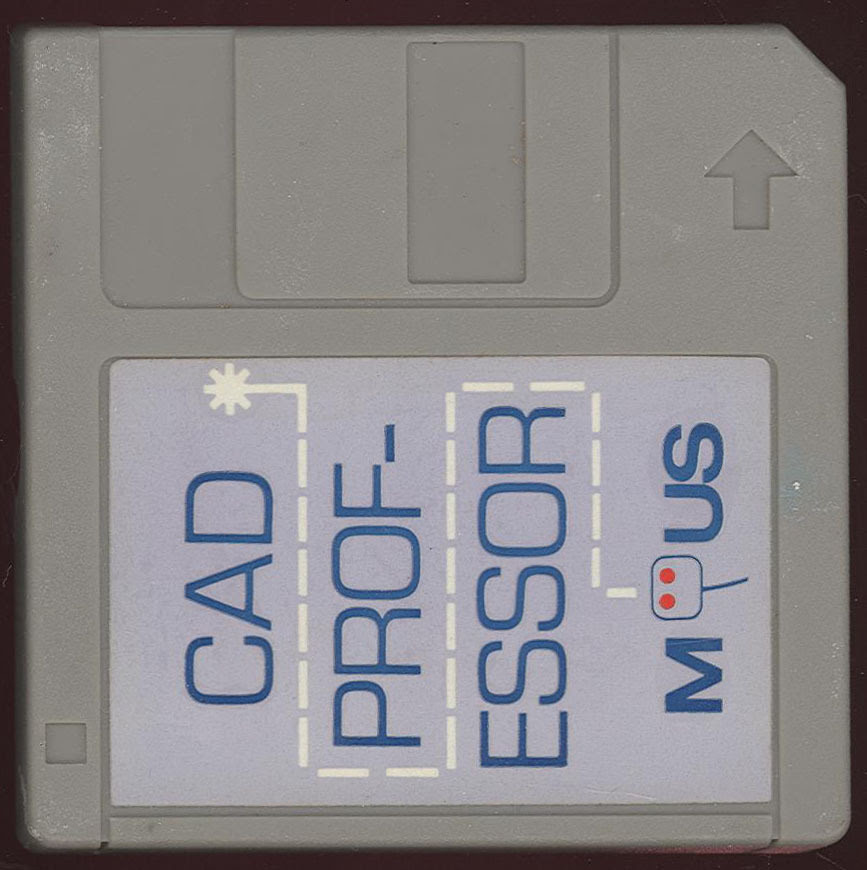 as with some other cartridges for this system, this cartridge has also multi-language.

if you use it with the "Socrates" console you get this title-screen: 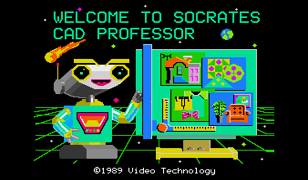 if you use it with "Prof. Weiss-Alles": 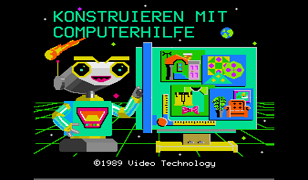 this cartridge fits perfectly into the already available MESS-driver! So it should get added hopefully soon... 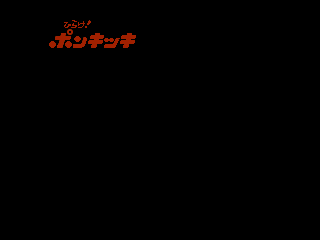 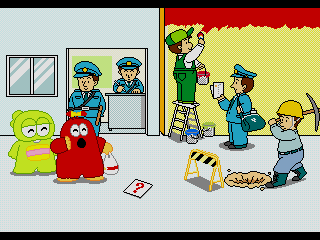 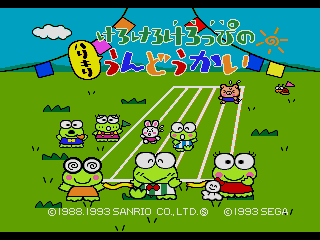 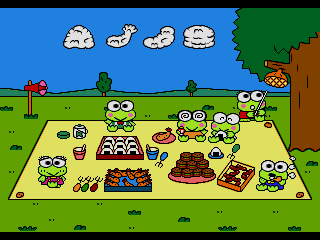 some of you maybe know the "VTech PreComputer 1000".

today i dumped the system-rom of the german equivalent, which is called "MisterX" and was distributed by YENO. 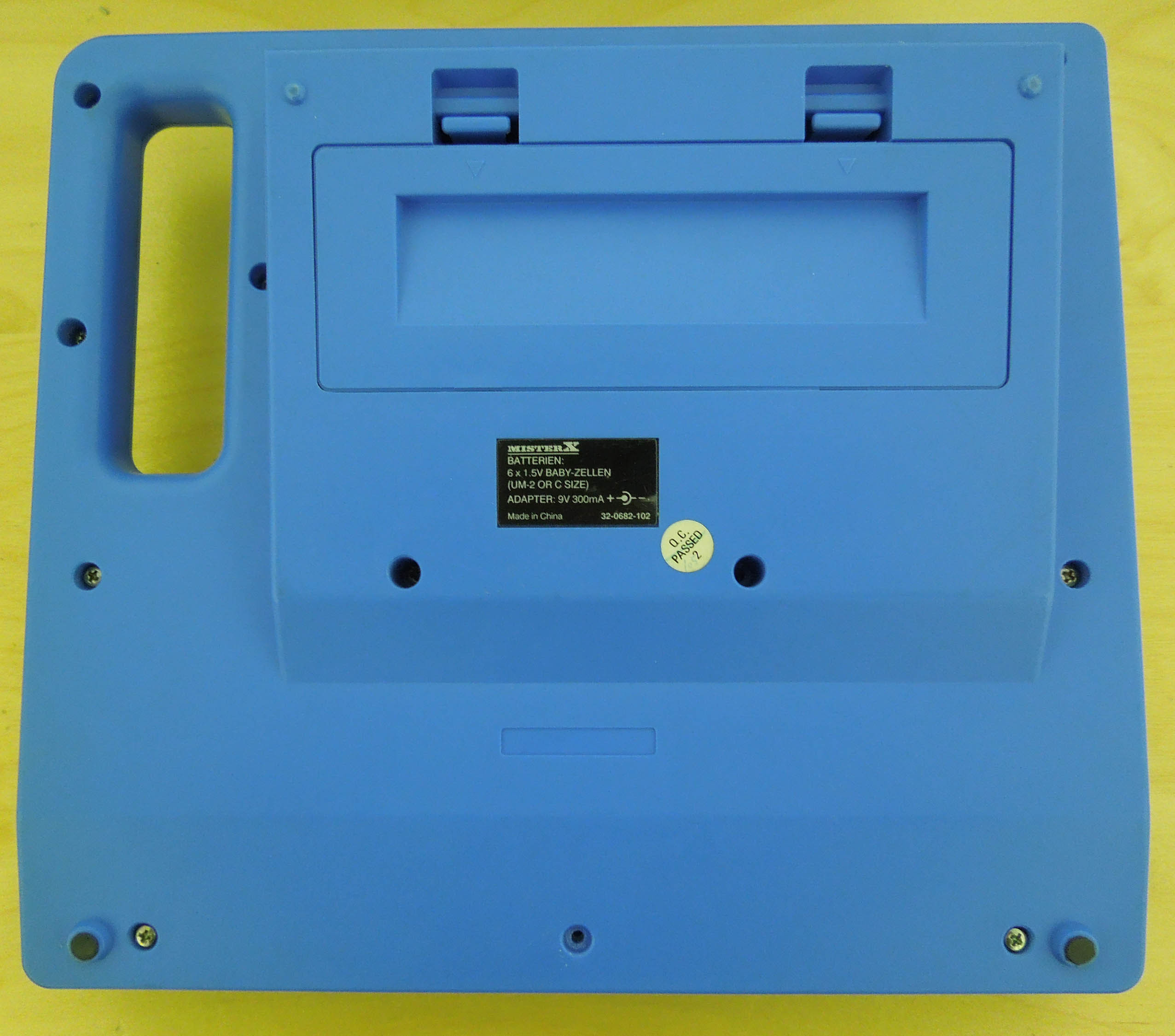 i also got the cartridge "Fantasie Trivia", which i dumped too. as with most cartridges for VTech/Yeno consoles, this cartridge-rom also contains the data of two different cartridges. a fix soldered jumper on the cartridge-pcb selects the first or second half of the rom. good for us, so we got two cartridges for the price of one! ;-) the system uses a TMPZ84C00AP, which should it make easier to get the system emulated! so hopefully someone is interested in adding the dumps to MESS.