I received another package from Brian today! 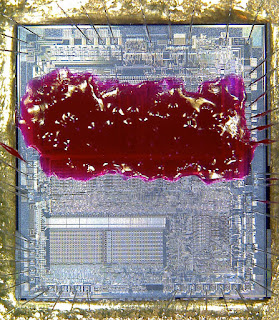 With this mcu-dump the romset is now complete and another missing mcu is preserved! 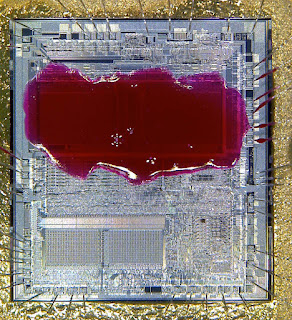 Here we have now the MCU for the Japan-Version! The World-Version was decapped last week and while Dirk patched the World-MCU dump for the Japan-Version (which looked to be good!) we could never be sure, if the handcrafted dump is good.
This new decap now confirms, that the "handcrafted" dump from Dirk is correct! 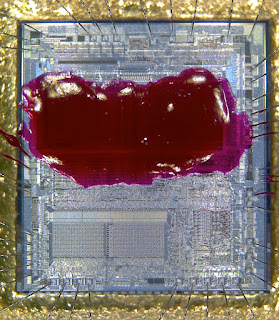 Another missing mcu is now preserved! This new dump is different to the available handcrafted mcu-dump. So it's always good to have it decapped from the real chip for confirmation. 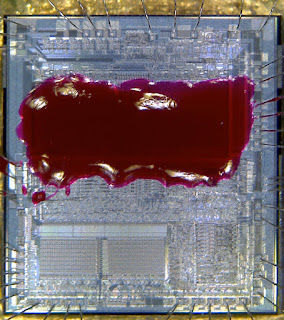 Matches the existing decap. Brian just sent the mcu for completeness, we basically knew that it will most likely match to the existing dump.

This short update now confirmed two existing roms and got us two new mcu dumps! Thx to Brian for sending the MCU's to me!

We are currently on the hunt on getting most of the remaining 8751H mcu's for MAME decapped and dumped.
This is really costly and so far we paid all stuff from our own money. No donations came in for this so far.

Decapping MCU's is risky! Even handled with extremely care, chances are high to break the chip. I decapped so far eightteen 8751H MCU's and 3 of those broke while decapping.
Getting better and better with every chip i decap it's basically a 25% chance something goes wrong and the chip is dead without a dump of it. Which also means we have to buy a second board to get the MCU dumped.

The today's update did cost us over 1250EUR.

Brian bought a board, a couple of month's back and sent me the MCU from it. Sadly it broke while decapping it...
I put in my own money and bought a second board to get the mcu again. 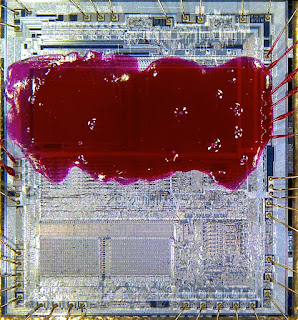 I also bought this so we get a MCU dump. 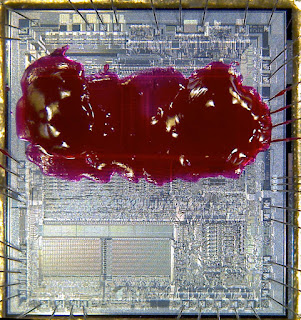 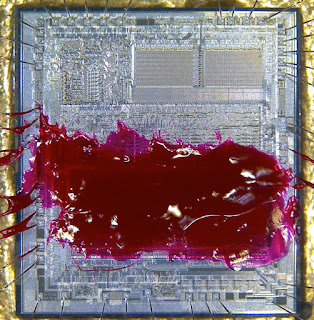 All of these new dumps got programmed on a fresh 89C51 and tested with the boards. Confirming that all dumps worked on the real hardware.

Donations are highly needed, as the secured postage fee's are already taking a lot of money! So please, if you can, donate some money to crazy2001@cooltoad.com
Posted by TeamEurope at 3:01:00 PM 2 comments: