some of you maybe know the console "Socrates" from V-Tech. It's emulated in MESS already and working.

Today i got the german version of it, "Prof. Weiss-Alles", distributed by YENO.

here's a picture of the console: 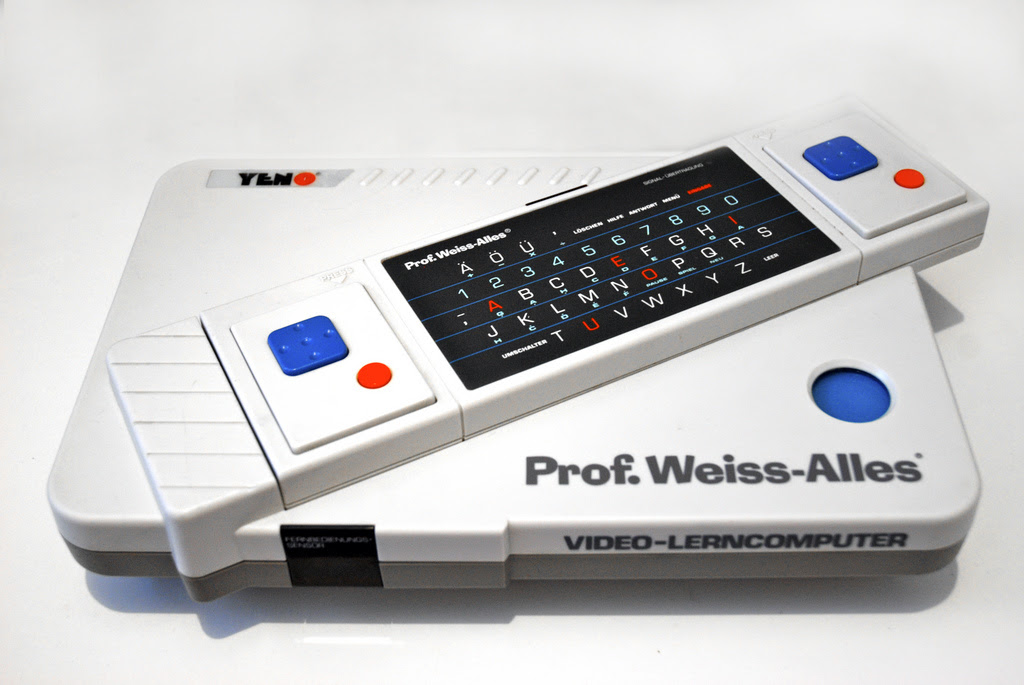 i had some minutes, so i desoldered the maskrom, dumped it and soldered it back.

after that i did some tests with MESS and as expected it works with the current MESS driver!

should be included in the next MESS-Update!