Another mcu got delivered today. It's the 8751 mcu from Wonder Planet (Japan), a game which has the mcu-functions simulated in MAME since march 2001 by Bryan McPhail.

Nearly 20 years later three guys from the DU teamed together and bought the PCB, which included the mcu, for decapping.

Again, decapping the mcu worked without any problems and the mcu-simulation can now get removed from MAME after so many years. 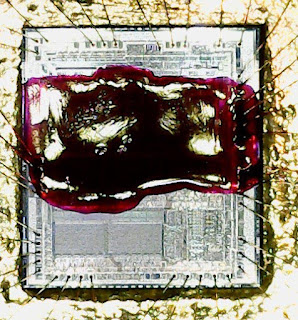 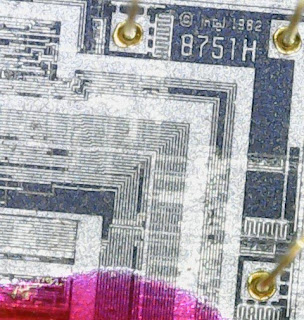 If i didn't count wrong, this is my 33th successfull decapped 8751 mcu.

Thanks to all people who were involved to get the Wonder Planet mcu decapped!
Posted by TeamEurope at 1:48:00 PM